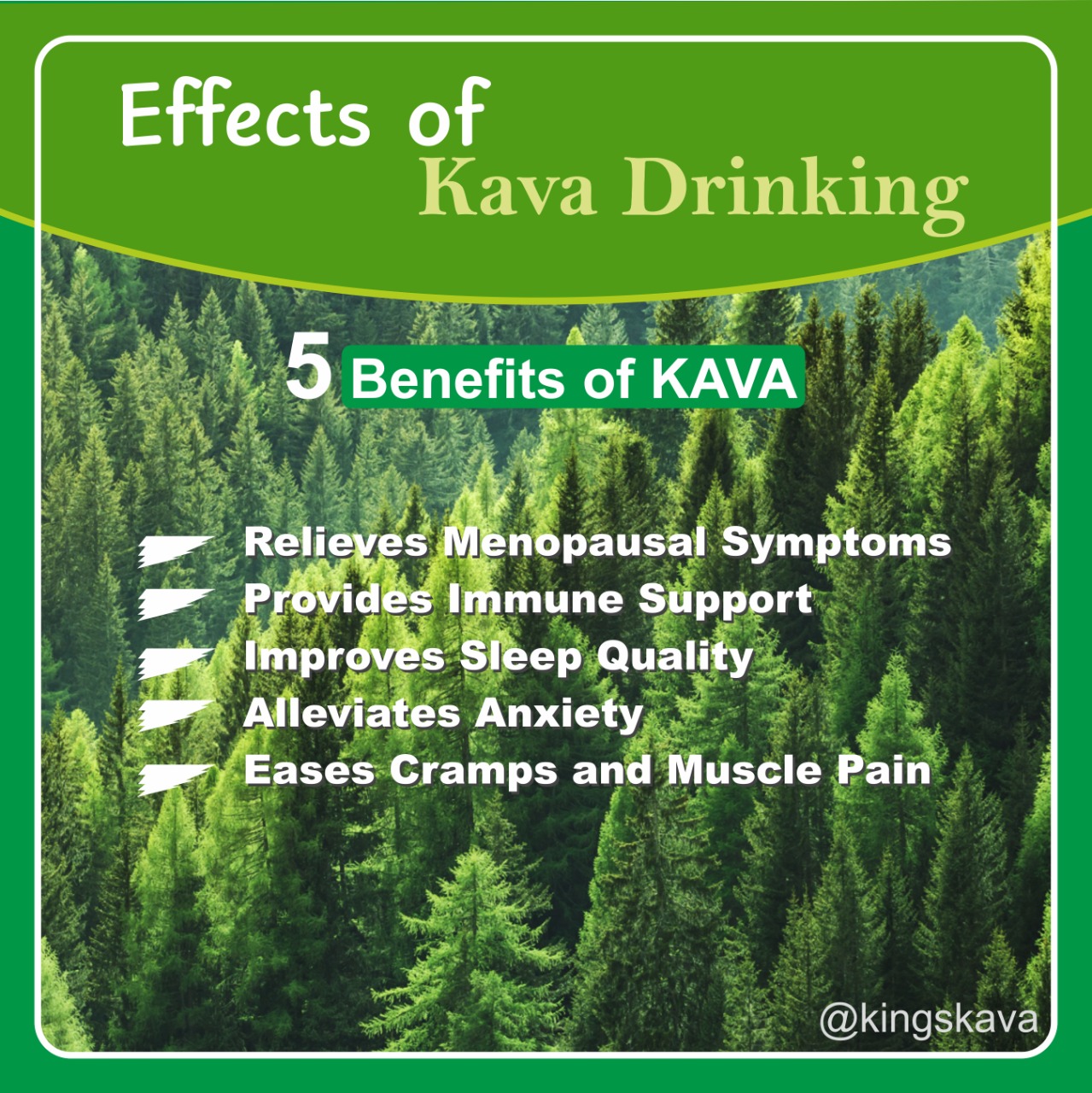 Kava initially produces a slight numbing of the tongue and sometimes the inner lining of the tongue although persistent users of the drink notice these effects to only a slight extent. The active ingredients, a series of crystalline alpha-purones, also allay anxiety and reduce fatigue, although quite different physiological effects, some bordering on intoxication, have been noted in various part of Oceania.

In Western Polynesia some observers (as quoted by Holmes, 1979) describe the effects as follows: “the head is affected pleasantly”, “you feel friendly, not beer sentimental,” “you cannot hate with kava in you”, “kava quiets the mind”, Hocart (1929) observed that kava “gives a pleasant, warm, cheerful but lazy feeling, sociable though not hilarious or loquacious; the reason is not obscured”.

On the other hand, both contemporary observation and historical account of kava drinking outside western Polynesia give a different picture. Handy (1923) states that in the Marquesas “copious draughts causes dizziness and a horrible distorted countenance. They lose the use of their limbs and fall and roll about on the ground, until the stuperfication wears away. King (1785) noted that in Hawaii habitual kava drinker had emaciated limbs and an entire “frame trembling and paralytic accompanied with a disability to raise the head.”

Explanations of these differences in pharmacological effects include the following: